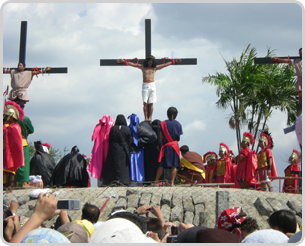 Prayer of a different meaning during the Lenten season, when villagers of San Pedro, Cutud, engage in the act of self-flagellation. This ancient ritual is executed in the morning of Good Friday during the Holy Week. Backs, arms, and legs are cut and then struck with burillo beats. The climax to this occasion happens at midday, when penitents are literally nailed to their waiting crosses. 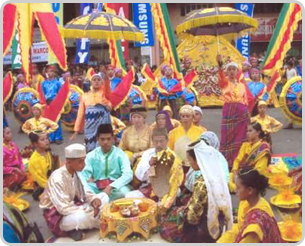 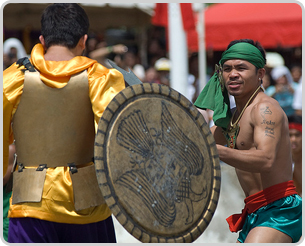 A complete reenactment of the Battle of Mactan, in which Magellan's Forces were defeated by Lapu-lapu and his warriors, resulting in the death of the Spanish explorer. 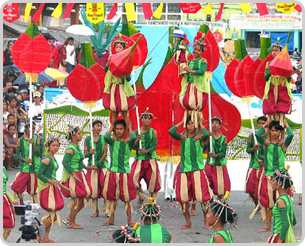 A celebration of the harvest featuring colorful costumes and street dancing. Focuses on the contribution of onions, garlic and other vegetables to the city's economy 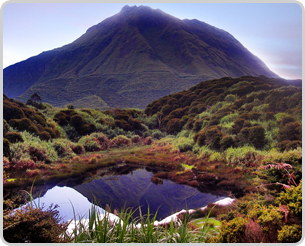 A climbing expedition to the top of Mt. Apo, the country's highest peak. 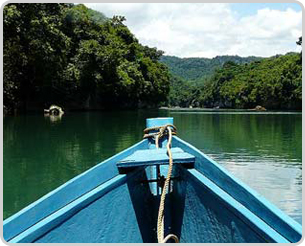 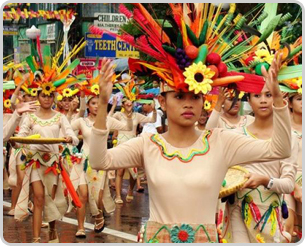 Highlights many uses of this root crop. Features cooking contests. 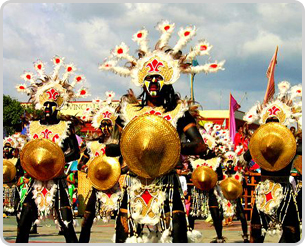 Celebrates the re-enactment of the landing of ten Bormeo Datus in 13th Century.