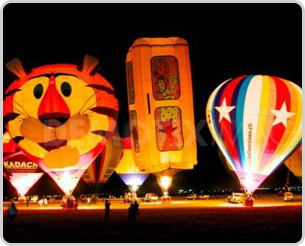 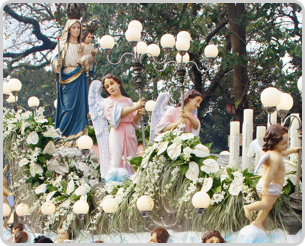 People go to Quiapo Church, Manila to honor the miraculous wooden black statue of Jesus Christ carried by male devotees during the procession. 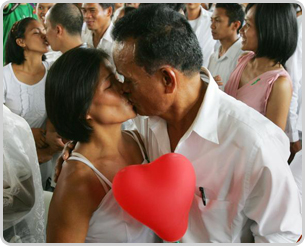 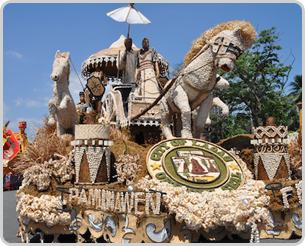 Features a colorful floral parade and celebrates the Feast of William, the toem’s patron saint. 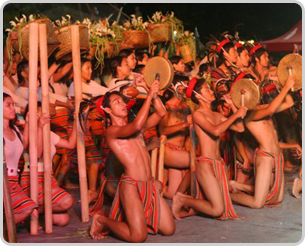 A harvest festival in which coincides with the feast day of Our Lady of Lourdes. Main feature is a parade of colorful and grandiosely decorated bull carabao carts 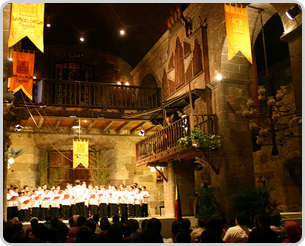 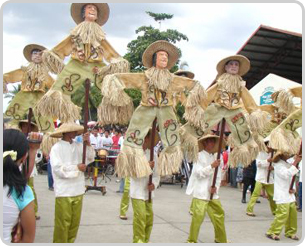 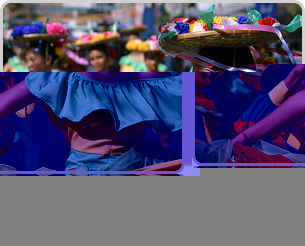 A celebration of cultural and religious harmony between Christians and Muslims in this most cosmopolitan of Philippine cities. Marks the date when Zamboanga became a city. 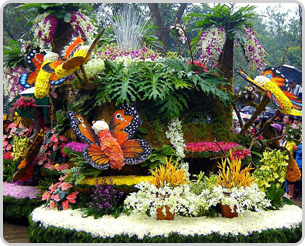 It's flower season in the city of Pines - perfect timing for an all-out fiesta in the streets. The Baguio folk take a break on these days to revel in the cool climate and the unique culture of the city. Multi-hued costumes are worn, mimicking the various blooms of the highland region (or any of its 11 ethnic tribes). These are flowerbeds - masked, of course, as the Panagbenga parade floats. 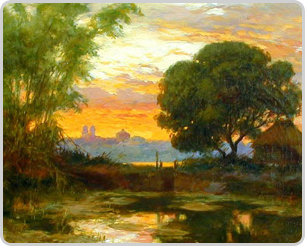 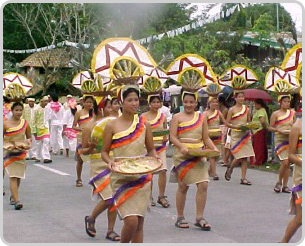 Town of Baler in Aurora Province 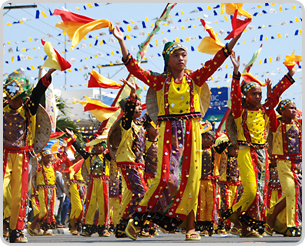 A celebration of the harmonious co-existence of numerous cultural and religious communities. 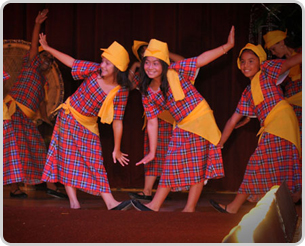 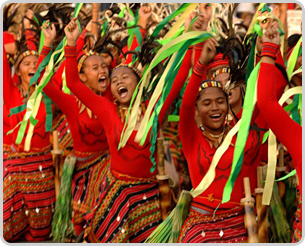 Sibug – Sibug Festival is celebrated during their foundation day on the province of Sibugay on February 26, with colorful Ethnic Street dancing with rituals illustrating good harvest, wedding and healing rituals. During the festival, it endorses it’s number one product which is the oyster or talaba in tagalong which has been known to be the biggest, juiciest, and meatiest oysters in the country.