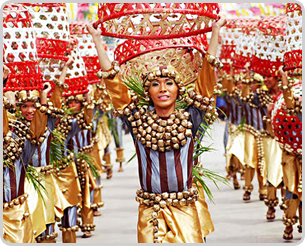 The Spanish colonization of the Philippines began with a blood-sealed peace treaty on the shores of Bohol. This historic event is considered today with an all-out fiesta at the island's capital city. Check out the Sandugo street dancing parade featuring ten colorfully-dressed groups dancing to the beat of drums. There's also a traditional Filipino carnival, a martial arts festival, and Miss Bohol Sandugo Beauty Pageant, among the dozen of other exciting activities. 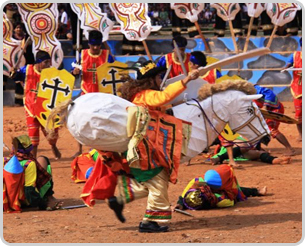 An exotic and colorful pageant re-enacting the Spanish-Moorish wars, particularly the Battle of Covadonga where the Spanish forces under General Pelagio took their last stand against Saracan. They were able to overturn the tide through the miraculous spirit of St. James. The addition of local color and modernism has made this annual revelry a popular attraction which brings thousands of visitors to the city. 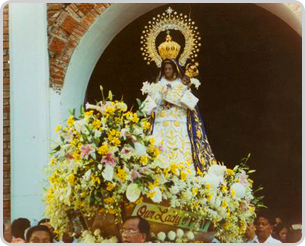 A major religious event highlighted by the procession of the Marian. 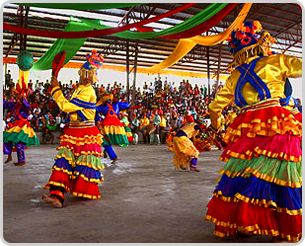 The festival has its origin in a war dance that connotes masculinity. Unique in the fact that it has no religious connotation. 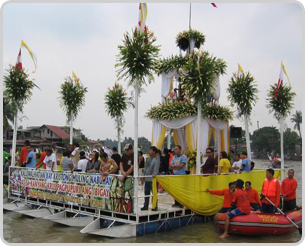 The Holy Cross of Wawa is paraded in a specially built river boat (pagoda), accompanied by other vessels in a river procession along the Pasig River, Metro Manila. 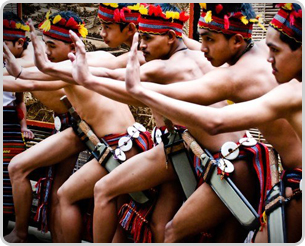 Cultural activities celebrating the creation of the Cordillera Administrative Region. 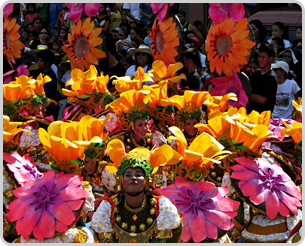 Participants with floral-painted bodies dance through the streets. 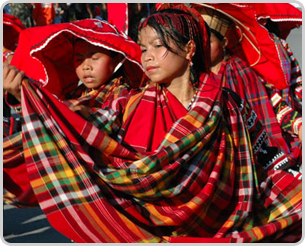 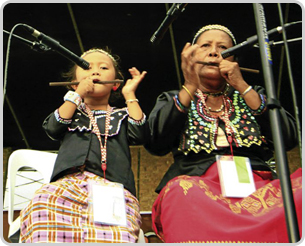