Oneness with nature is the underlying theme behind Murcia's annual mud-moving spectacle. Check on its cloudy highlight - a lively street dancing parade with the participant wearing nothing but mudpacks (well, almost...). It's a safe way to mix our ecological concerns with good, clean, cloddy fun - just be sure to shower afterwards! 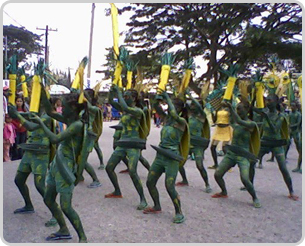 Sweet, juicy pineapple is the fruit of choice for the people of Daet, Camarines Norte. In fact, they loved it so much that they made a festival in its honor. Join the locals as they celebrate the Pineapple Festival featuring a colorful street presentation set by art exhibits, trade fair, cultural dances, and sport events. Feel rich when you go for a visit at Paracale Gold Mines, and be familiar with some Bicol heroes like Vinzon and Panganiban and Lucban. A different sight and flavor are introduced in June with a festival in Balayan, Batangas, commonly known as the "Parada Ng Lechon". These luscious roasted pork form the highlight of the occasion, decorated out in their platforms with all kinds of décor. Since the festival corresponds with the feast of St. John the Baptist, be prepared to get wet as people observe the feast by repeating the ritual of baptism - pouring water. 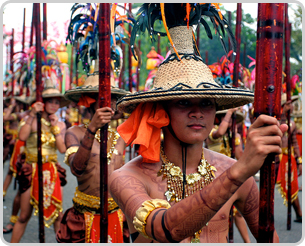 Back during pre-Hispanic years, tattoos denoted courage among the natives of Tacloban. These days they symbolize a cultural revival, and a wild, wild fiesta called the Pintados. Join the town residents as they decorate themselves out in body paint, imitating the warriors of old while dancing to the frantic beat of drums. 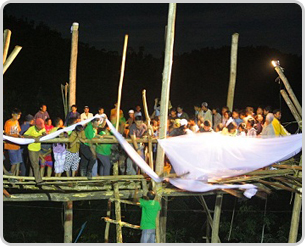 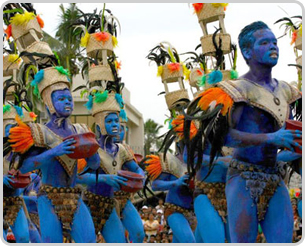 Celebration of the founding anniversary of the civil government of Palawan. 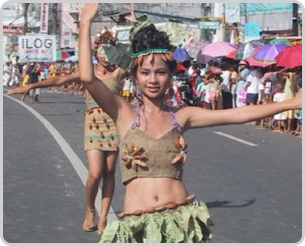 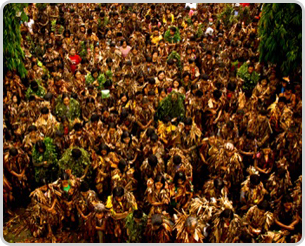 Devotees of St. John the Baptist cover their bodies with mud, vines, banana and coconut leaves. 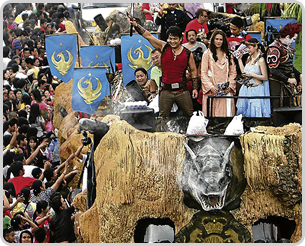 Celebrates the founding of Manila with parades and sports events and the Manila Film Festival. 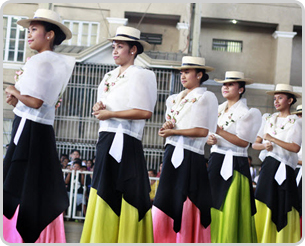