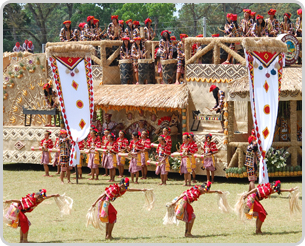 Expect the Bukidnon to go tribal from the first to the second week of March, when the streets of Malaybalay take on that familiar fiesta theme. Banners, banderitas, and beer will be standard, as well as the sweet, haunting sound of native music. An early morning pamuhat ritual kicks off the festivities, to be followed by an ethnic food fest, trade fairs, and a lot of native dancing. 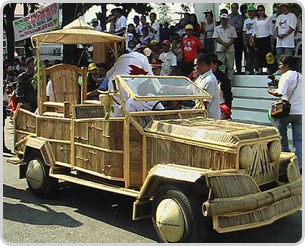 Celebrates the founding of Abra Province with a variety of events, including raft and horse races. Highlighted every 16 March by re-enactment of the Blood Compact between Spain's Miguel Lopez de Legazpi and Datu Sik|tuna, which helped forge friendly relations between the two countries 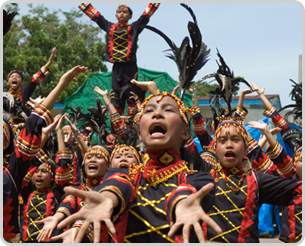 The celebration of Davao's Foundation Day as a chartered city. 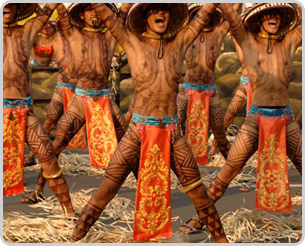 Depicts the history of the Passi City and how it got its name. 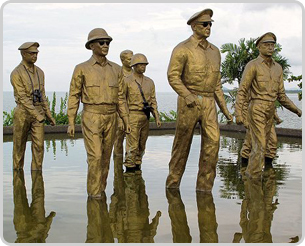 A pageant by the seashore re-enacting the discovery of the Philippines by Ferdinand Magellan. 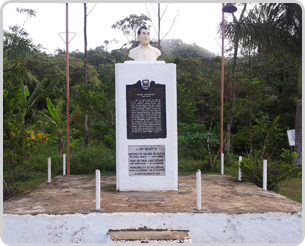 A Mountain trek, which Darks the anniversary of the tragic death of President Ramon Magsaysay, whose plane crashed on the mountain. 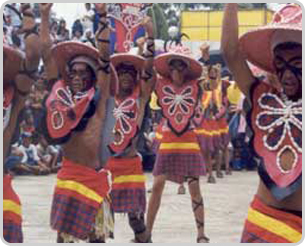 Named after the native seashell (sigay). Shell craft art is featured during the festival. 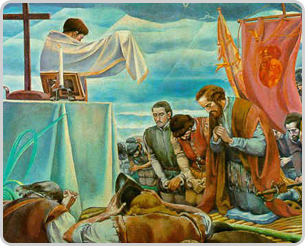 Features a street pageant by the different municipalities. 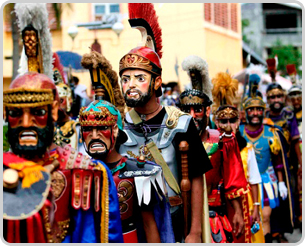 The island of Marinduque prides itself in being the "Lenten Capital of the Philippines", and it is easy to understand why. Come the seven days of Holy Week, the people of the island take part in the age-old ritual of the "Moriones". Colorful warrior costumes are worn topped with finely carved masks portraying the violent Roman soldiers of Christ's time. All these are done to show the story of the conversion of Longuinus, the centurion who stabbed Jesus' side - and his subsequent beheading. 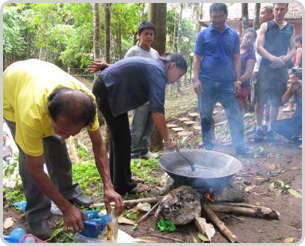 Secret rites of herbalists from the Visayas and Mindanao, who gather in San Antonio, Siquijor, for the ceremony know as Tang Alap, the combining of medicinal herbs. 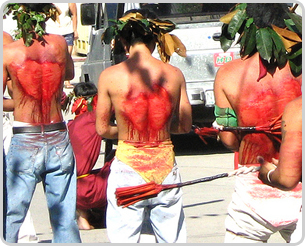 Pilgrims flock to the 11 hectare Calvary Hills to meditate on the passion and death of Jesus christ. 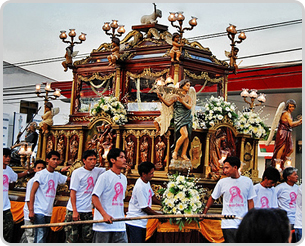 Features a parade of carriages and a Penitential Procession of women, dressed in black. Celebrates the reunion of the Risen Christ with the Virgin Mary.