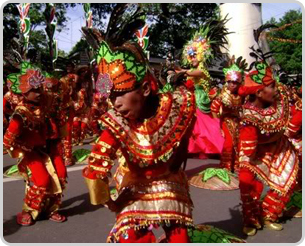 Behind Surigao's talented culture is its original tribal background. The Surigaonons go back to their roots this month as they celebrate their heritage with a loud, noisy street dancing parade. 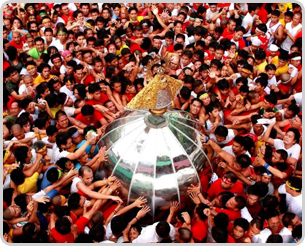 Bicol Region's largest celebration is an annual affair that combines religion with culture and tradition, stuffing it all in a 9-day fiesta of biblical proportions. Stay until sundown for stirring climax: the fluvial parade as it makes its way down the river, surrounded by a sea of glowing candles - a fitting end of this truly spiritual occasion. 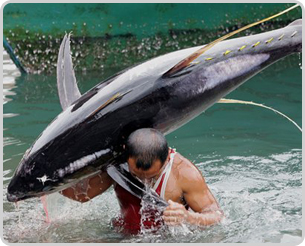 Celebrates the contribution of tuna fish to the General Santos City's livelihood. 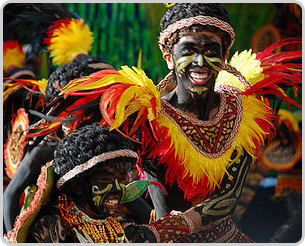 The Filipino passion for cockfighting is celebrated with dancing and costumes which mimic the movements and appearance of the brave birds. 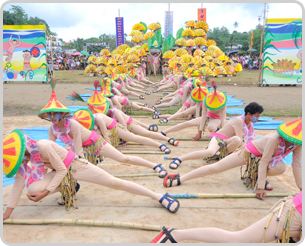 Presentation of 19 cultural groups residing in the province. 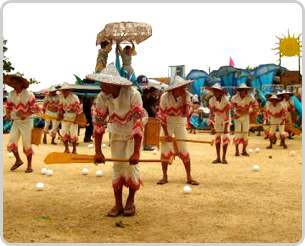 Solili street dancing depicts the marriage rituals of the locals in Siquijor.